Variable Invariably: An introduction to intraspecific variations in Medicinal Plants

It is needless to say that variety is the spice of life, Nature has myriads of life forms on this planet among which variations are of ubiquitous occurrence. It is particularly so in the megacentres of diversity in the tropics which harbor approximately two-third of the biota and where many species of economic importance presumably had their origin. As a matter of fact, variations between individuals of the species (a group of closely related if not identical individuals which can exchange genes between each other) was observed over the millennia and were considered real ‘hotspots’ of evolution. The notion that no two individuals of a sexual progeny are 100% identical prevailed when methods of scientific scrutiny were not available. In 17th century when the concept of a species was poorly understood, the English naturalist John Ray (1628-1705) showed that within a species there might occur individuals different from the normal in one or more characters. Later Charles Darwin (1809- 1882) upgraded this concept into a supremo and effectively linked the variations with natural selection and origin of new species. An evolutionary biologist or a breeder, variations among plants and animals has always fascinated a mind of enquiry and helped to select a desirable variant or breed a new form of greater agronomic value. Traditional vaidyas and village doctors of yester years were no different. They collected herbs of certain morphological attributes (of flowers, fruits, leaves etc.) and preferred root drugs of specific colour, smell, size, fibrous content, itching quality etc. obviously within the species and from locations (habitats) known only to them. 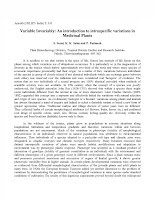 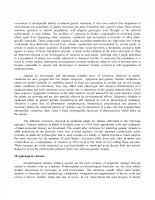 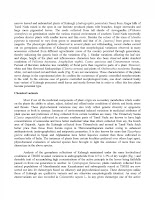 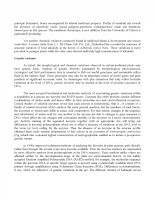 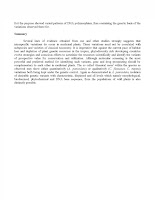