Abstract: Cardamom (Elettaria cardamom Maton; Zingiberacea), the ‘Queen of spices’ is one of the most important and highly priced spices. The important areas of cultivation in Kerala are Nelliampathy, Wynad and Idukki. The origin of cardamom is believed to be in the Western Ghats, where presumably rich and untapped genetic diversity of the cardamom still resides. Biodiversity present in the wild relatives of crop plants in Kerala have not yet been addressed properly (Nayar, 2011). The present study aims to collect and evaluate genetic diversity among wild cardamom populations in comparison to the cultivated counterparts. 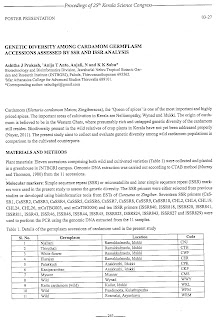 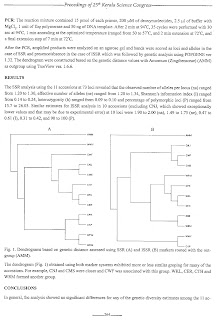 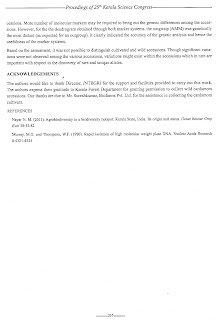